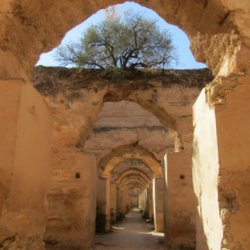 Meknes is not on a bucket list of Morocco. It is not highly recommend it destination. Which is such a shame! It is just one of the Imperial Cities that travelers go to out of convenience as it is close to its more famous neighbor Fes. Spend the time in Meknes, the city deserves a night or two!

Meknes was a bit of unknown to me too. Marrakech, I know well as I live there and Fes have visited on so many occasions. It was time to spend few nights in Meknes to get to know the city better.

We decided to spend 2 nights in Riad Fellousia that we often use on our tours. The riad is nice and the biggest advantage of the riad its is location. Siting on the terrace, you can enjoy views to the most important square of the city, Place El Hadim.

Meknes has fascinating history due to its builder sultan of Moulay Ismail. He is an interesting historical figure in Moroccan past. Someone that even kids might be eager to learn in their history lessons. He has been great ruler, very powerful and mean but helped to unite and free the country. During his golden era, the country has massively expended beyond its borders. Though he was not peaceful man, he was rather ruthless and mean ruler that fathered over hundreds of children.

We set on exploring the city as many tourists do with Lonely Planet guide book. Sure, there is possibility to hire guide, but we wanted bit more freedom and walk on our own. I slightly knew about the city major sights, but wanted to get deeper knowledge. We started with the  most important and most visited sight of the city Bab El Mansour. This gate is grandest of all gates in Morocco with lavishly decorated zelij. Moulay Ismail started this piece of art but it was never finished during his reign.

Inside of the Moulay Ismail city we visited Koubbat as Sufara, the reception hall of the ambassadors. However, more interesting was to visit the nearby dungeon. No one is sure what this place with many rooms has been used for. Perhaps, for food storage, others claim it was prison for the Christian slaves.

Another important sight to visit is the Moulay Ismail Mausoleum. The tomb hall is beautifully decorated and shows the art fine Moroccan craftsmanship. When out are there note the 4 clocks. They are four from the French King Luis XIV to Moulay Ismail as he was very much interested in marrying his daughter. 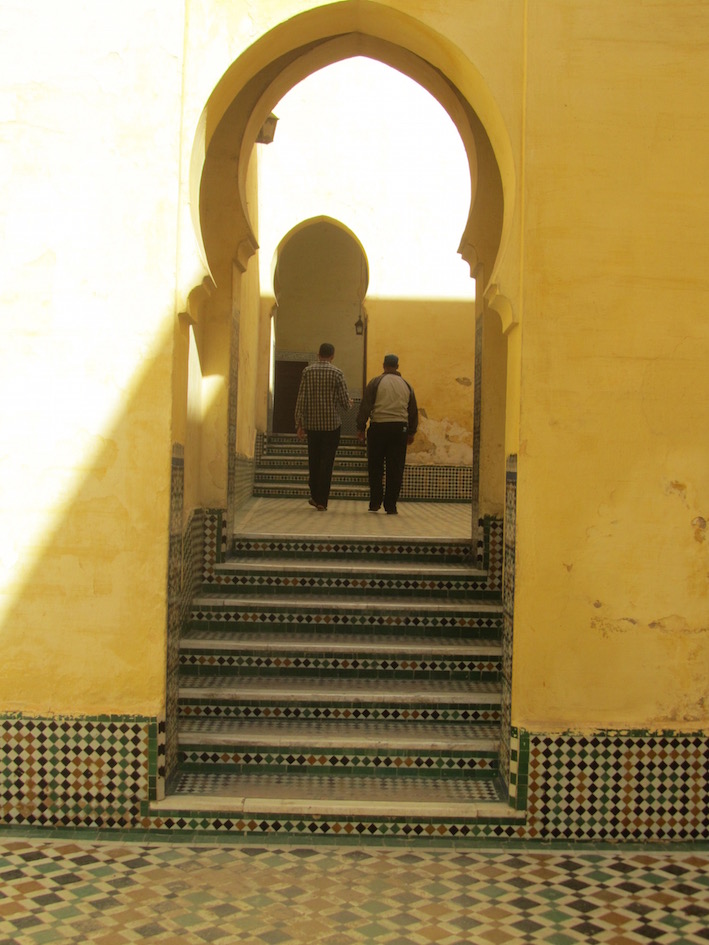 Another place that should be visited in Meknes are the sultan's stables and granaries Heri es Souani. They housed 12,000 fine Arab horses and food supply. For that time it was very fine architectural project. 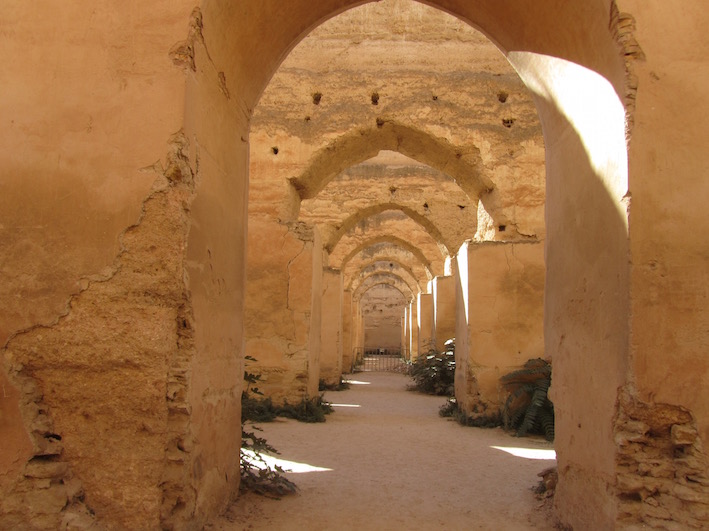 Outside of Moulay Ismail medina, we recommend visiting Dar Jamai Museum. The museum has some interesting artifacts especially old carpets representing many different areas of Morocco. But the highlight of the visit is the doomed sanctuary furnished as luxury salon with beautiful rugs and cushions in Islamic architecture traditions.

Meknes markets are also worth the visit. There are known for Moroccan slippers, textiles and carpets mainly.

Day spend in Meknes, we got washed by chilling breath of brutal and powerful ruler that Moulay Ismail was. No wonder, he built so many walls around his palace, its own water reservoir and some splendid food storage. He was real emperor and visiting Meknes you get to know him well.